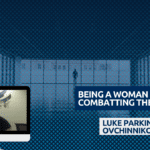 INTRO:
It’s no secret that there’s a big disparity between the percentage of men and women who work in the data science field.

In her career, Maria has experienced highs and lows, of working with dynamic and driven teams to feeling isolated due to that lack of other female data scientist or software engineers in her workplace.

At the time the reason for this was laid down as a lack of candidates, but in hindsight it’s clearer to see there were plenty candidates, they just needed to be targeted in the correct way…

Watch the video to see how!

Transcription:
Luke: Obviously, like a lot of people, found yourself becoming a Data Scientist, unintentionally. How did you find that environment?

Maria: I mean, the actual environment is very fun. If you like math, you’ll love it! The teams that you’re surrounded with, they’re usually very dynamic, very active, the people in them are strong and confident and keen to pursue the results that you’re looking for. So, in that aspect, it’s a great atmosphere to be in and you definitely cultivate yourself and you learn day by day. On the other hand, you can also find yourself being very isolated, in a way. So for me, at least when I joined for my master’s thesis and then stayed in the position as a full time employee, I think I found myself isolated. It was a year and a half before we had another female software engineer, software developer or data scientist on our floor, which was around 100 to 200 people. And I found that really disturbing. So, we had female administrative workers and we had managers within other areas, administrative managers and team leaders supporting the well-being of our partners, but no other female data scientist. So in a way, it felt like a ‘man cave’ environment.

Luke: Did you address that? Did you ask why it was so, un-diverse? I’m sure it wasn’t intentional. I’m convinced of that because I know the business well, so I know it’s not the case. So, why do you think that was so?

Maria: I think it has to do with the transition into how the field emerged and started migrating towards what we know today. So, in that company, I was part of Group IT, my team. So any emerging software developers or data scientists would already be embedded employees that had previously within IT or within architecture and enterprise architecture of IT systems. And you would see these kind of people migrating smoothly into the field of data science. And if you think about it, people that were hired 10, 20, 30 years ago within that area of (let’s call it) IT, it was all guys, so those that were migrating into data science, were already incorporated. It was funny because at that time my manager was actually female and we did have this discussion, like, what’s up? Why are we the only women in this office? What is happening here? And, at that time, which was a couple of years ago, we didn’t really see the problem. We just thought it’s a lack of candidates and because it’s really hard to hire female software developers and data scientists, rather than spending more time and looking deeply into the problem. Now, we know that there is a healthy pool of candidates that you can easily target if that’s what you’re pursuing. But, it is the way that we communicate this information about the position, the culture, what we bring into and how we attract the talent that has an effect on who we actually get.